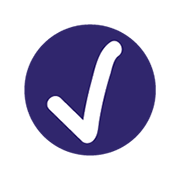 Standing up for Horses

Cruelty Is Not Charming

IT’S HIGH TIME TO PUT HORSE CARRIAGES OUT TO PASTURE

NEW YORK CITY – On Saturday, February 29, 2020, a 12-year old horse named Aisha repeatedly collapsed over a 15-minute period in Central Park. A video of the incident, capturedby a pedicab driver, shows the horse continuously falling on herself and being dragged by her handlers. Instead of calling for a veterinarian to help this horse, carriage operators tied her up with ropes, shoved her in a trailer, and took her back to the Clinton Park Stables, where she was later euthanized.

What might seem safe or harmless can be quite deceiving.

Collapsing while pulling carriages during summer heat waves, being forced to stand stationary in the sub-freezing, bitter cold while awaiting the next fare, being tethered to a carriage while being forced to inhale the exhaust fumes of the automobile just inches in front of them – Carriage horses are overworked in the harshest weather and most polluted conditions.

By coordinating our efforts globally, we can make the most impact.

An essential part of putting an end to the cruel practices of the horse-drawn carriage industry is to work together for change. Organizations from cities across the globe have come together in solidarity with the single purpose of ending the unsafe and cruel practice of putting horses on city streets to pull carriages in the name of tourism.

Learn more about the movement

Built for soft ground and pastures, horses who are pulling carriages in the city are suffering from early lameness, respiratory disease, heat prostration and spooking (which can lead to accidents and injury).

It is time to stand up for horses.

We are group that has formed from organizations around the world that have banded together to make a difference.

Learn more about our movement